It has been estimated that droughts are the world’s costliest natural disasters and affect more people than any other form of natural disaster (Wilhite, 2000). Droughts are considered to be the most far-reaching of all natural disasters, causing short and long-term economic and ecological losses as well as significant secondary and tertiary impacts.

To reduce societal vulnerability to droughts, a paradigm shift of drought management approaches is required to overcome the prevailing structures of reactive, post-hazard management and move towards proactive, risk based approaches of disaster management. Risk based drought management is, however, multifaceted and requires the involvement of a variety of stakeholders, and, from a drought management policy perspective, capacities in diverse ministries and national institutions are needed.

The World Meteorological Organization (WMO), the Food and Agriculture Organization of the United Nations (FAO), the Convention on Biological Diversity (CBD) and the United Nations Convention to Combat Desertification (UNCCD) in cooperation with the UN-Water Decade Programme on Capacity Development (UNW-DPC) are collaborating to implement a Capacity Development initiative on National Drought Management Policies (NDMP). The objective of this joint initiative is to increase the capacities in developing countries and countries in transition on the development of risk-based national drought management policies. This is based on the identification of the capacity needs from national to local levels to develop such policies and implement risk based drought management strategies. The project was launched by an international kick-off workshop in Geneva in March 2013 to be followed by a series of regional workshops in several drought-prone regions worldwide in 2013 and 2014. After the series of regional workshops are completed, the initiative will close with a final international wrap-up conference.

This learning page presents the background documents and other relevant materials from the initiative. 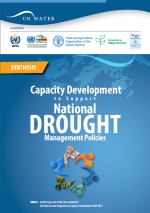 This document synthesizes the concepts presented over the six workshops. 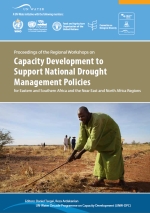 This proceedings documents the activities and outcomes of the Eastern and Southern Africa (from 5-8 August, 2014 in Addis Ababa, Ethiopia) and the Near East and North Africa (from 17-20 November, 2014 in Cairo, Egypt) Regional Workshops. 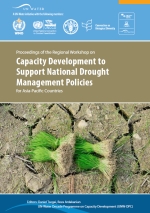 This proceedings documents the activities and outcomes of the Asia-Pacific Regional Workshop from 6-9 May, 2014, in Hanoi, Viet Nam. 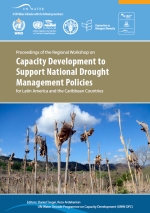 This proceedings documents the activities and outcomes of the Latin America and the Caribbean Regional workshop from 4-6 December, 2013, in Fortaleza, Brazil. 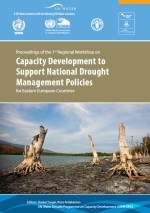 This proceedings documents the activities and outcomes of the Eastern European Regional Workshop from 9-11 July, 2013, in Bucharest, Romania.