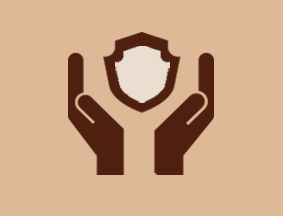 The measures can be subdivided into long-term, medium-term or short-term options. Long-term measures are normally included in the development strategies of the concerned sectors; hence, revisiting these strategies to ensure their alignment with drought risk management is an important step when developing a National Drought Management Policy. Medium-term measures are implemented in a timely manner, prior, during and after drought, based on triggers provided by monitoring and Early Warning Systems (Pillar 1).  Emergency response measures are implemented if a severe drought occurs with a view to responding to basic needs of the population affected, while contributing to long-term development.

In 2018 a survey was conducted by the World Meteorological Organization (WMO) to assess countries’ advances in drought management planning. All 28 responding countries stated that they had some kind of drought preparedness plan and 18 countries indicated they had drought policies in place. This survey was taken further by IDMP in 2019 by a targeted web search on publicly available information about mitigation measures mentioned in drought plans and policies in the countries that had participated in the 2018 survey. 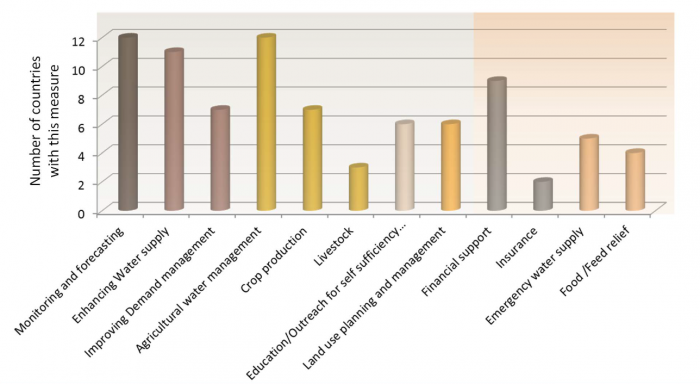 More information on survey scope, method and results can be found here.

The UNCCD Drought Tool Box offers a collection of Mitigation Strategies and Technologies. Additionally, the list below provides some examples of drought preparedness, response and recovery measures that could be included in a National Drought Policy or Plan. The compilation is not exhaustive and should be adapted to local needs as well as integrated with community knowledge (Source: M Bazza, FAO).